KY couple wanted to do more than ‘write a check’ for Ukraine. So, they went to Poland 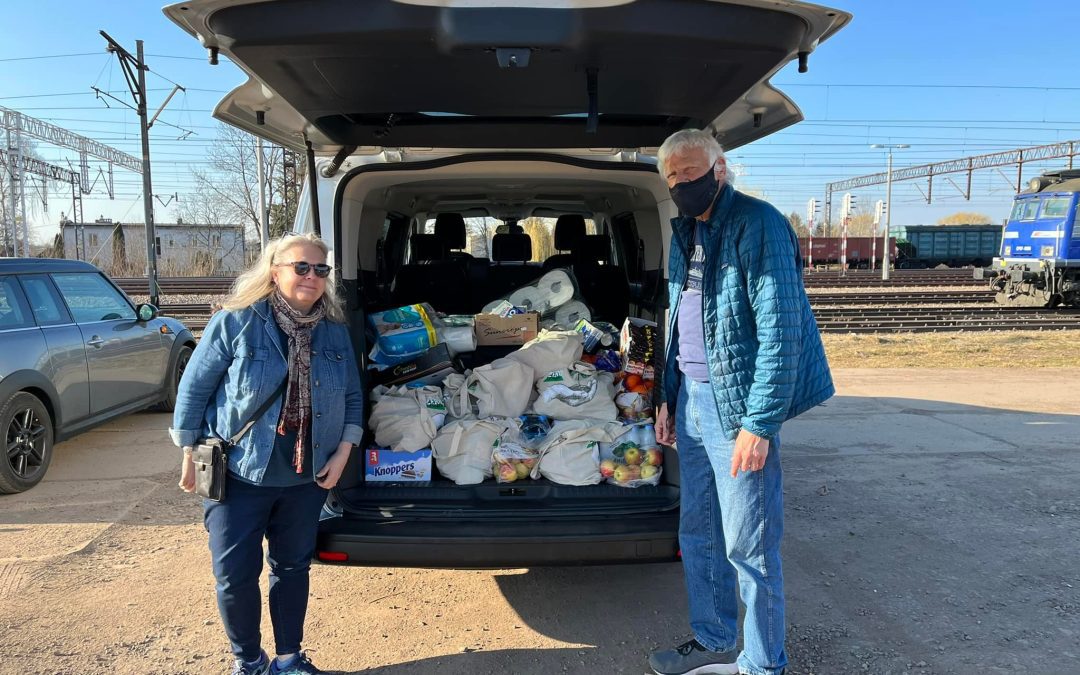 Cornett Law Office attorney Robert Cornett and his wife Linda traveled to Krakow, Poland earlier this week to help refugees from the Russian invasion. First, they traveled to a train station attached to a upscale shopping mall called Krakow Main. Which sadly, had become a shelter and an essential transfer point for refugees as they flee to other cities in Europe. Robert and Linda took action and went to a local supermarket and filled three carts with water, juice, fruit, shampoo, hand soap, wet wipes, deodorant and candy. Robert stated, “I got my money’s worth when a small boy noticed a box of Oreo’s in the cart…You do not get that kind of smile every day”.

The Cornett’s wanted to do more than just to write a check to support Ukraine after watching weeks of news of the invasion. So they took action and arranged a ten day trip to Poland to support by handing out food and supplies at the border and offering refugees rides to Krakow.

While there, the Cornetts found a fair number of American volunteers with a similar mission as theirs. Together, they helped by giving refugees food, water and items ranging from tissues to stuffed animals. Linda volunteered in a tent for women and their babies at the border crossing while Robert registered a van so he could transport refugees back to Krakow (a two and a half hour drive). Robert stated that “Some passengers seemed utterly defeated by this turn of event”. Along with, “The world is standing shoulder to shoulder in a common cause. I am proud to be here”.

Recent article on the travel : https://www.kentucky.com/news/state/kentucky/article259664805.html

The trip to the border crossing was powerful…we watched dozens and dozens of people, mostly women and children walk the last 150 yards of no man’s land between war torn Ukraine, and the relative safety of Poland….there was an old woman, with a a large walking stick in one hand and a plastic garbage bag full of her belongings in the other, she was walking alone, but just after she crossed into Poland a twenty something raced up and embraced her….another woman who was sobbing as she made it to Poland, when linda offered a small packet tissue, she took one and wanted to give the rest back; an 80 something woman in a wheelchair with two small dogs inside her coat, scores of young children with exhausted frightened faces….they were met by very caring aide staff who had food, water, and supplies to offer, from tissues to baby wipes to stuffed animals….they worked their way through a 100 yard line where they were loaded into vans and buses for the 5 mile trip to the overnight shelter in Przemysl, I swear it is pronounced Shimmish

We met a lot of people at the crossings English , Italian, German, Sikhs, a 30 something from North Carolina who bought a plane ticket, rented a car and drove to the border, knocked on the figurative door, and said he wanted to help, there was the lady of Massachusetts whose mother fought in the Warsaw Ghetto uprising during WW2, and many many other Americans from many many states, all pitching in to help…the world is standing shoulder to shoulder in a common cause. I am proud to be here.” 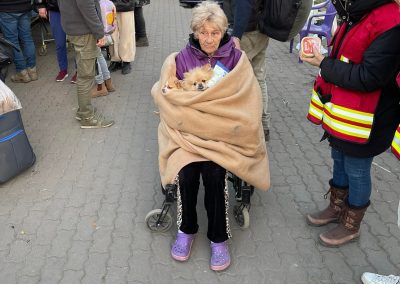 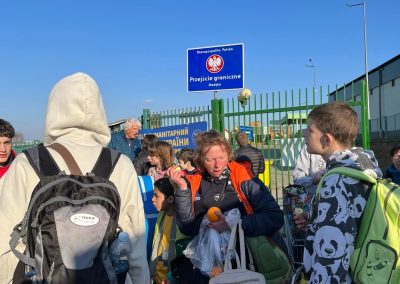 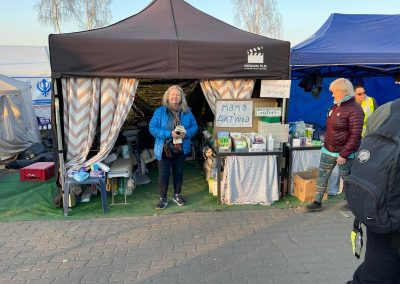 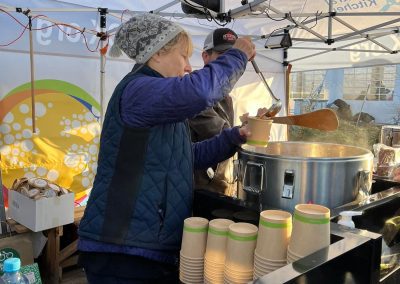 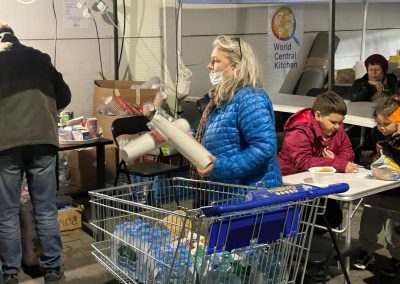 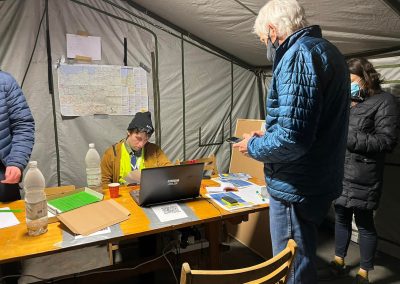 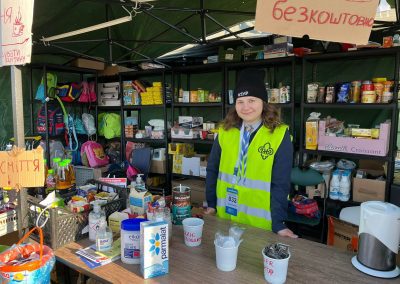 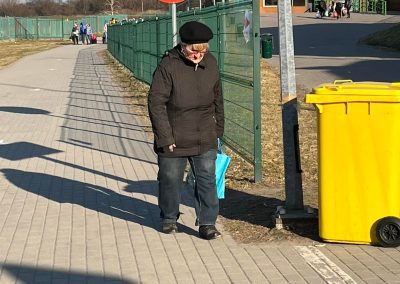