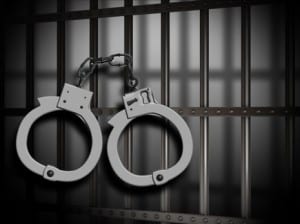 Felonies are deemed the most serious class of offense throughout the United States. Many jurisdictions separate felonies into their own distinct classes so that a repeat offender convicted of committing a felony in a heinous fashion receives a more severe punishment than a first-time offender convicted of committing a felony in a comparatively less hateful, cruel, or injurious fashion. Depending on the circumstances surrounding the crime, felonies are generally punishable by a fine, imprisonment for more than a year, or both. At common law felonies were crimes that typically involved moral turpitude, or offenses that violated the moral standards of the community. Today many crimes classified as felonies are still considered offensive to the moral standards in most American communities. They include terrorism, treason, arson, murder, rape, robbery, burglary, and kidnapping, among others.