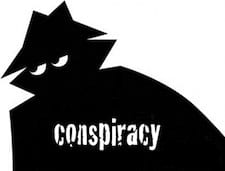 A criminal conspiracy exists when two or more people agree to commit almost any unlawful act, then take some action toward its completion. The action taken need not itself be a crime, but it must indicate that those involved in the conspiracy knew of the plan and intended to break the law. One person may be charged with and convicted of both conspiracy and the underlying crime based on the same circumstances.

For example, Andy, Dan, and Alice plan a bank robbery. They 1) visit the bank first to assess security, 2) pool their money and buy a gun together, and 3) write a demand letter. All three can be charged with conspiracy to commit robbery, regardless of whether the robbery itself is actually attempted or completed.